“ Invincible Fighting Games “ are the rare mix of karate, kung fu, Boxing, and Magic with classical Fighting Just smash, Punch, Kick, smack, and Beat em’ up with one tap to win the Fighting games 2022 Championship!
Download APK
0/5 No votes
Report
Developer
Fighting SportsVersion
1.0.4
Updated
Oct 7, 2022Requirements
5.0
Get it on

“ Invincible Fighting Games “ are the rare mix of karate, kung fu, Boxing, and Magic with classical Fighting Just smash, Punch, Kick, smack, and Beat em’ up with one tap to win the Fighting games 2022 Championship!

Use your kung fu karate fighting skills and fight with valor for the tribe.Save your world from the war games by foreign force invaders who like visceral fighting.Only one way you can stop the war is by winning the multiverse fighting games championship. Choose your fighting game avatar, fight for your Tribe, and become the invincible hero fighter. These Fighting games are unlike any classic fight games you ever played. Join the Battle & Win, Now!

Make your rivals fear you and your tribe, So they never dare to fight you and your tribe. There are 9 Champion Fighters representing their fighting tribe. Pick your Kung fu karate fighting hero & Fight in 3 classic modes: Battle Story mode, Knockout Challenge mode, and Multiplayer Combat mode.

The Extreme combo Action and one-tap karate fighting action is here. In this Fighting game, you will see the real fights where some avatars master Boxing game moves, others are good at wrestling games, and some have their Unique Fighting Style. The Fast-paced gameplay, combined with stunning combos, is a unique factor.

The Invincible Fighting Games are the heart-pumping Knockout Karate games that you can play offline or online as per your wishes. The stunning Karate Fighting avatars with mind-blowing Fighting combos give a unique fighting game experience. Have you seen a genie with Karate kung fu fighting skills, No? Enjoy the magic ninja games, which will take you to the other world of our fighting game.The Boxing Fighters and fighting champions from every tribe are ready; the Arena stage is set; Show your kung fu karate fight skills; Start the fighting games battle. Now! 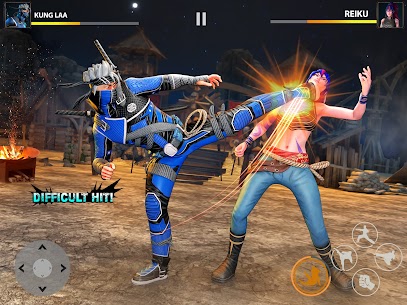 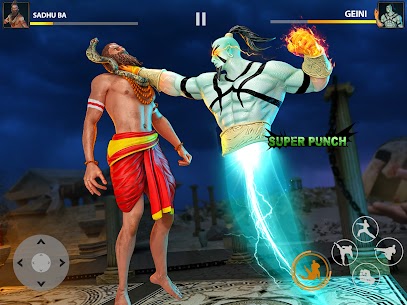 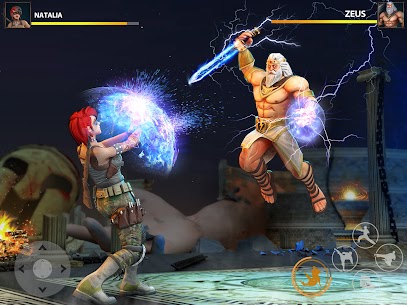 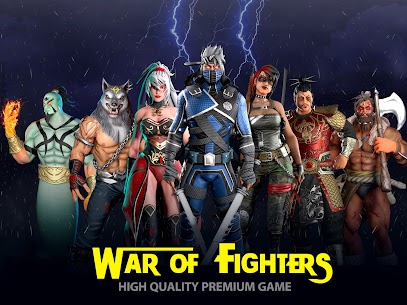