When one is a professional animal shooting expert or hunter as an unethical will bare his life in trying to kill lively mortals. Sniper Animal shooting 3D is perfect for the shooting field animals to kill in the Forest.
Download APK
0/5 No votes
Report
Developer
AERO GAMING STUDIOSVersion
v1.70
Updated
Oct 8, 2022Requirements
4.4
Get it on

When one is a professional animal shooting expert or hunter as an unethical will bare his life in trying to kill lively mortals. Sniper Animal shooting 3D is perfect for the shooting field animals to kill in the Forest.
Let’s go shooting with Sniper Animal shooting 3d of new wild animals.
This is an incredible and addictive action and Adventure game to take you to a critical exploration in the most realistic environment with tress, grass, outdoor, mountains etc. best world forest places. This is a hunting simulation game which simulates your hunting skills in a quite realistic environments. There are a number of wild animals in search of their prey in the jungle. You have to select field animal from deer, wolf and bear.
The splendid sound effects, in the gameplay, adds to the excitement of this 3d sniper shooting game. Become a skilled Deer, wolf, bear and Animal hunter, by playing this Sniper Animal shooting 3D with thrilling actions pack with slow motion of built. It’s hunting time! And Best huge Wild Animal Shooting in Safari or on Snow with great mountains. Aim your scope and shoot for precise head shot before the furious beasts jump on you to kill you. Hunt the most dangerous wild animals; wild Deer and Wolf and Wild bear.
Sniper Animal shooting 3d have many Sniper Shooting Guns for wild animals to kill. So Complete the Levels and Unlocked your Gun. Each Animal Have Many levels in the hunting points. Let’s play free Action games with special looking gun. In life looking mode you’ll feel that you simply square measure in real hunt life. Animals feel jungle as their perfect sanctuary. When someone gets into it they take it as an invader. So the sniper should grasp his sniff and be tolerant.
In our new version Sniper Animal Shooting 3D we provide 5 level with 2 different environment like snow base and desert levels. And include new safari and forest animals. Furthermore we replace the sniper gun with extra zoom which have action camera feature. User can see where the bullet hit on target.
On each level user can hit only targeted animal. 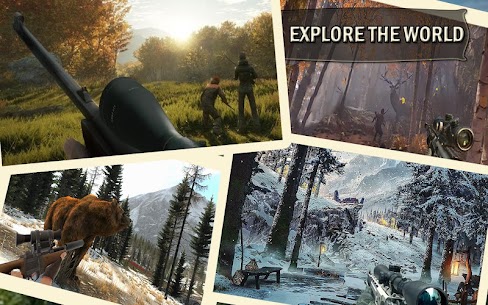 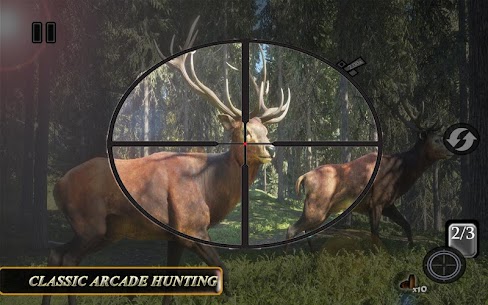 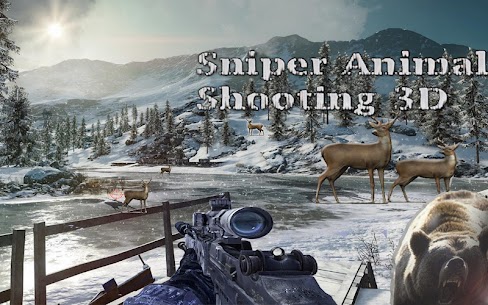 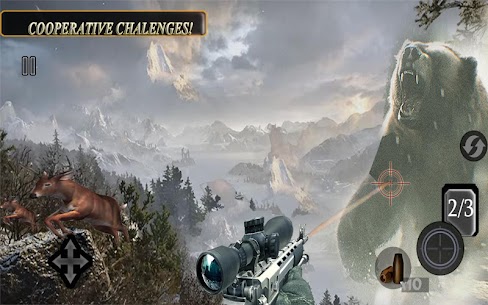 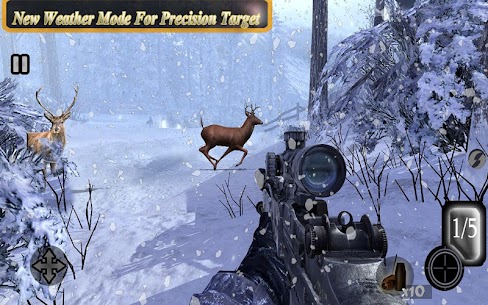 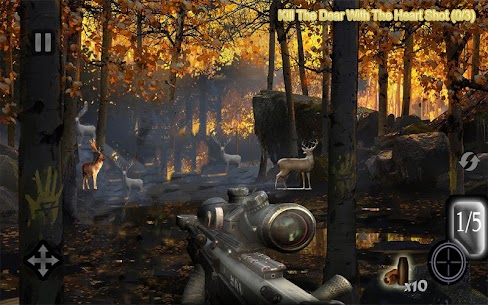