911 Emergency! Captain we got a hostile situation, some terrorist kidnapped civilians and they transported hostages to different locations. City police is not trained for this situation it's time for SWAT force to save civilians in crisis situation. Play SWAT Team Counter Attack Force is full action based 3D simulation game.
Download APK
0/5 No votes
Report
Developer
Digital Toys StudioVersion
1.2.1
Updated
Oct 4, 2022Requirements
5.0
Get it on

911 Emergency! Captain we got a hostile situation, some terrorist kidnapped civilians and they transported hostages to different locations. City police is not trained for this situation it’s time for SWAT force to save civilians in crisis situation. Play SWAT Team Counter Attack Force is full action based 3D simulation game.

Lead as SWAT force captain enter the hostile battle locations like fortress in dark forest, bullet train subway station and City area. SWAT Team Counter Attack Force is thrilling action game to deal with crazy and deadly global terrorist groups. Your team got master sniper and tactical shooters lead them as pro gunman and save the hostages life. In this crisis situation your battlefield training will leads you to success in green forest and locomotive railway station. Target enemies mercenary and ex military forces, take aim and pull trigger to kill them all in superb FPS gameplay. Enjoy most thrilling anti terrorist shooting game in android play store for tablet and smart phones. Enter in warfare battle against hard core criminal like thief, robbers, and real gangsters in San Andreas crime city. Prisoners escape from police bus they imprisoned civilians in the crime city different locations. As part of strike team, go for rescue op, kill all the bad guys, robbers, gangsters, thief and criminal in the battle situation.

Save the innocent people and arrest crime boss, thug and mafia members to put them behind bars in downtown. Help police bus transport these prisoner to the prison of San Andreas don’t let them escape prison and attack in crime city. The arsenal is full of ammos, your prime task is to kill the enemies and save innocent civilians in hostile situation. Handle the hostage crisis situation as team captain, target to kill the oil barrels to make some blast for diversion. Keep your friends close shoot bad guys be careful while you pull the trigger or you can kill your team member too. Save civilians and take them out of imprisoned. Lead the counter SWAT force; Don’t let criminal escape the location you are trained and licensed to kill the terrorists. Download SWAT Team Counter Attack Force free from Google android play store for addictive ammos shooting game with realistic weapons and firepower.

Game Features:
◆15 hostile situations for different locations to save hostages
◆Superb dark forest, subway train station and city area to kill the bad guys
◆Smooth aiming and shooting experience with best FPS game play
◆Friendly fire is on so be focused while you take aim to shoot enemies
◆Full action packed game to save hostages from crime lords 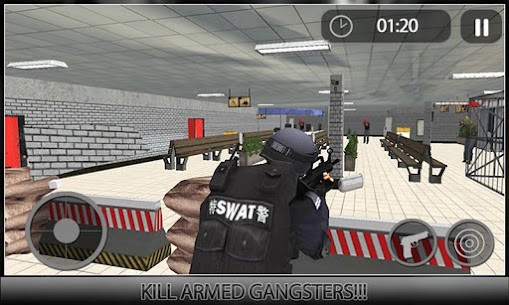 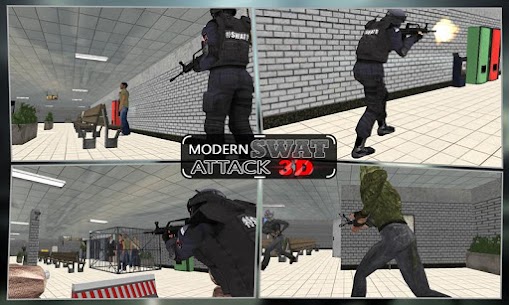 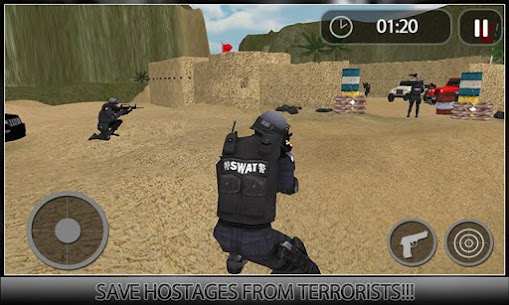 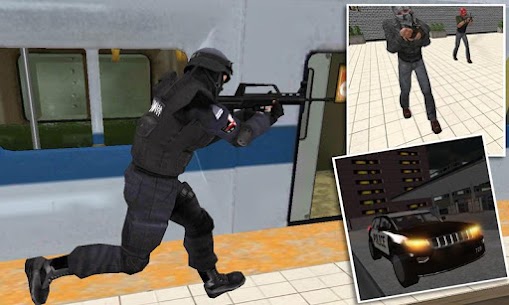 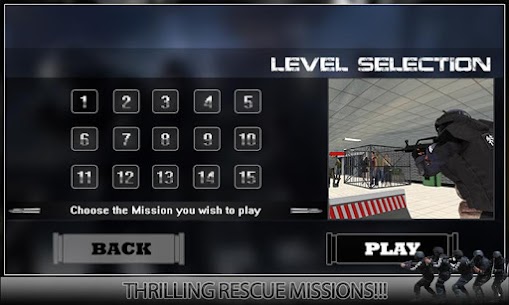 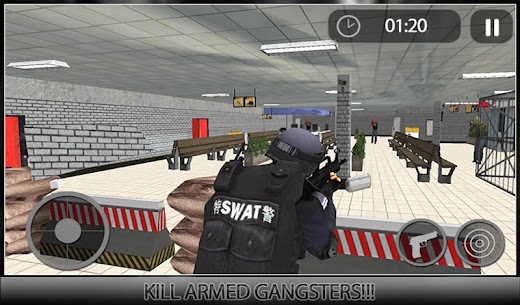 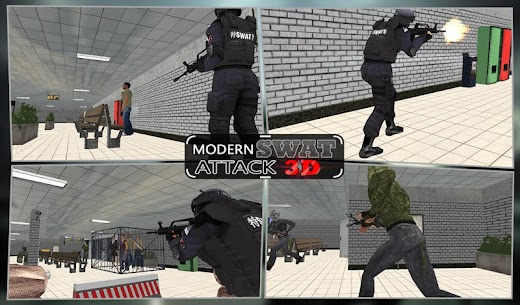 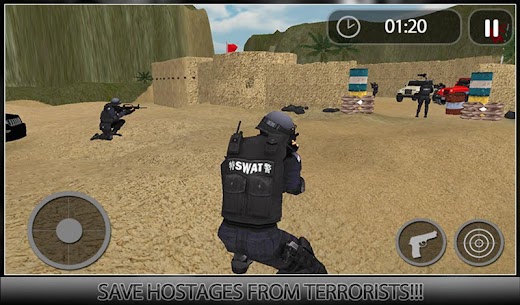 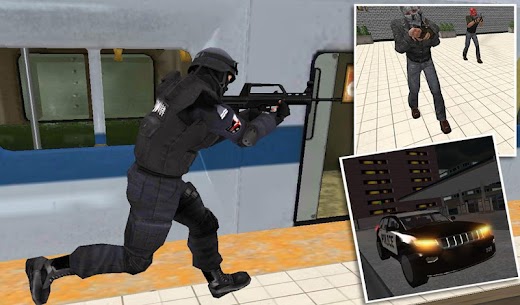 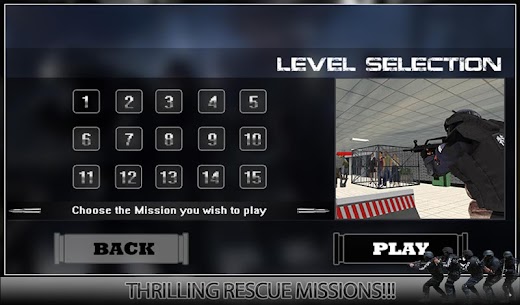